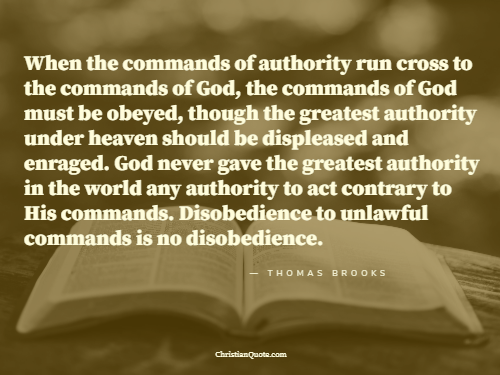 If it be asked of the obedience due unto the prince and unto the magistrate, it answereth that all obedience in the Lord is to be rendered. And if it come to pass that any other be asked, it so refuseth that it disobeyeth not in preferring obedience to the great God before that which is to be given to mortal man.

If you have been blessed by this ministry in any way, please consider supporting us. Every little bit helps. Just click on the donation button above. Thank you!

Receive Christian Quote of the Day via Email