You are here: Home / Obedience / A Christian’s Obedience

He that is altogether a Christian is universal in his obedience: he doth not obey one command and neglect another; do one duty and cast off another. But he hath respect to all the commands; he endeavors to leave every sin and love every duty. The almost Christian fails in this; his obedience is partial and piecemeal. If he obey one command, he breaks another. The duties that least cross his lust he is much in, but those that do, he lays aside.

Other quotes by Matthew Mead 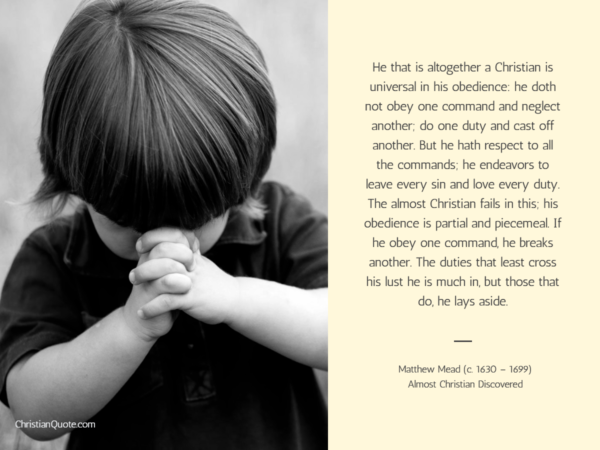 This site uses Akismet to reduce spam. Learn how your comment data is processed.

If you have been blessed by this ministry in any way, please consider supporting us. Every little bit helps. Just click on the donation button above. Thank you!

Receive Christian Quote of the Day via Email